(Wilhelm Friedemann Bach and the Protestant Church Cantata after 1750) 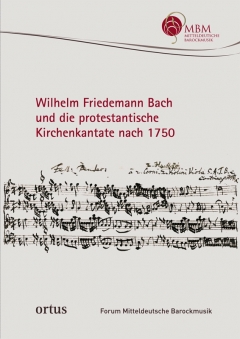 On the occasion of the 300th birthday of Wilhelm Friedemann Bach in 2010 the MBM in cooperation with the Bach-Archiv Leipzig, the Händel-Haus Halle and the universities of Halle-Wittenberg and Leipzig hosted the two-part international scholarly conference Wilhelm Friedemann Bach and the protestant church cantata after 1750, which celebrated the famous Bach son and his time in scholarly papers and concerts yielding numerous significant new findings and insights.

Apart from taking a close look at the composer’s own works the symposium addressed their spiritual and religious context and also discussed cantatas by some of Friedemann Bach’s Central German contemporaries. The individual contributions treated the manifold thematic facets in exemplary scope and depth. Topics included questions regarding the librettos, the performance repertoire, the development of forms and styles, the introduction of alternative genres as well as organizational structures and the liturgical and devotional background. Another thematic area were aspects of performance practice and the performing conditions in the Central and North German protestant town churches and court chapels in the second half of the 18th century. There was also occasion for free papers focusing on other areas of Wilhelm Friedemann Bach’s oeuvre and that of his contemporaries.
– The conference report appeared in 2012 as vol. 1 of Forum Mitteldeutsche Barockmusik. 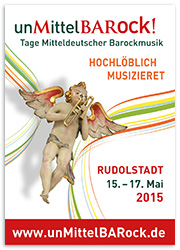